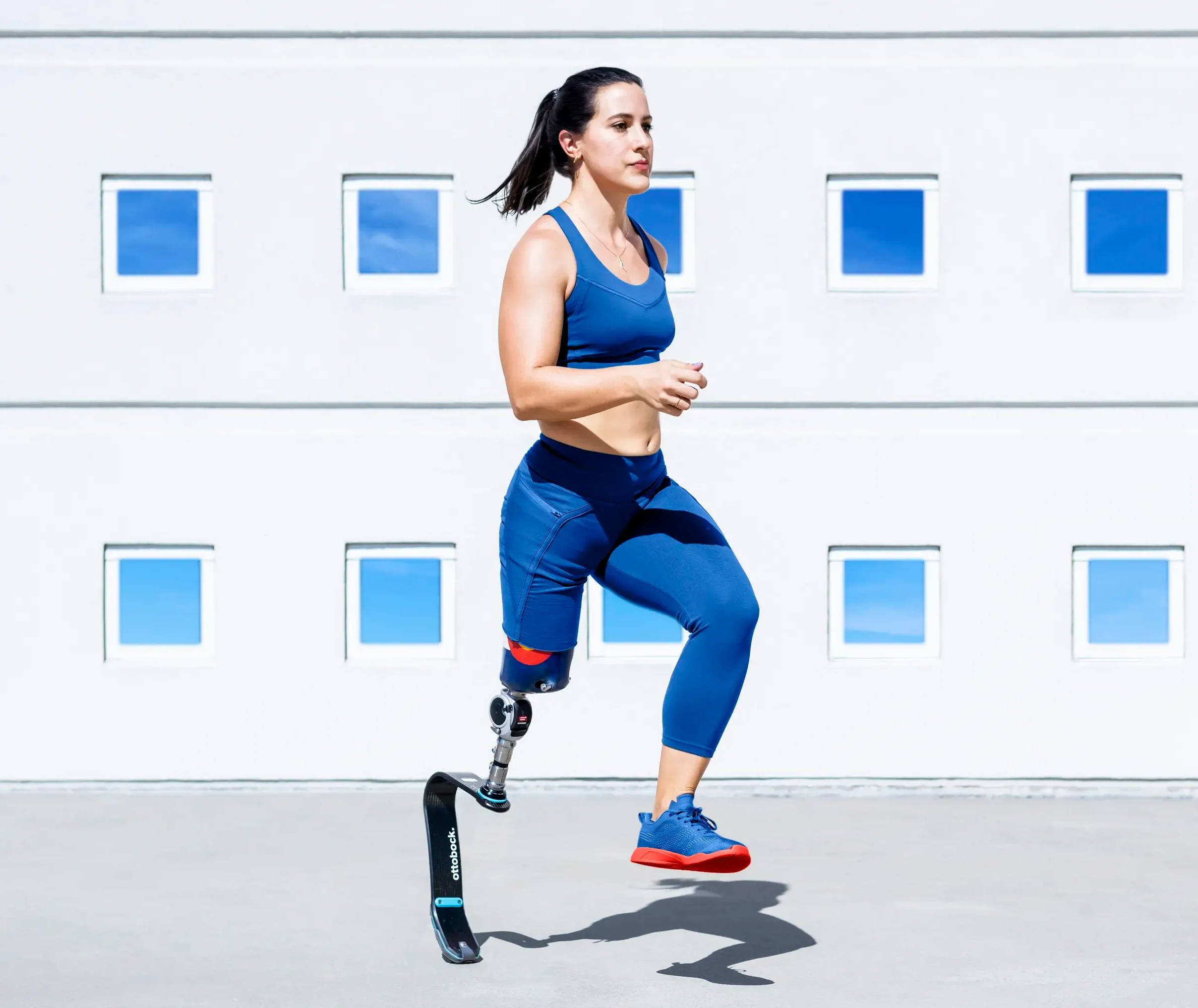 From a promising young athlete to a girl battling the rarest form of cancer to an Olympic Games participant, Lacey Henderson's story is one of hardship, inspiring perseverance and overcoming adversity.
After being diagnosed with synovial sarcoma at nine years old, Lacey had her right leg amputated above the knee and went through years of physical therapy and childhood ridicule. She received a cheerleading scholarship to the University of Denver before becoming a long jumper for Team USA. Lacey is a six-time USA National Champion in the long jump, the world record holder in the pole vault and the American record holder in the long jump. Lacey also participated in the 2016 Parlalympic Games in Rio de Janeiro. More recently, Lacey earned a silver medal at the 2019 Pan American Games in Peru. She is currently training for the 2021 Paralympic Games to be held in Tokyo.

In addition to being a world-class athlete, Lacey is a passionate advocate for health, fitness, nutrition, child advocacy and living one's best life! She started working with children with limb difference in 2010 and continues to use her athletic and social platform to normalize disability in society. In June 2019, Lacey and DCP Entertainment premiered the first season of her podcast, "Picked Last in Gym Class", which celebrates the adversity that people have overcome before finding success.
SHOP NOW

Kristin lives in the coastal town of Rowayton, CT outside of NYC. Kristin has four children, ages 13-21, who have been constant encouragement for a life lived actively and fully. "It's other people- some found me, some I connected with, some have always been there for me- who have absolutely heightened my mental stamina. I believe we do it better when we figure it out together." It was six years ago that Kristin became an AKA. Following her first year of healing with rehab, prosthetists and PT, the physical and mental work continued. Through efforts meeting with prosthetic professionals, connecting with the Challenged Athletes Foundation and networking with amputees, Kristin realized she wanted some day to do the same so many had been doing for her- to teach, share new ideas and connect. Kristin is a full-time public relations professional and currently president on a non-profit foundation. She has a daily fitness routine and uses outdoor activities to keep adapting her abilities.

Victor is 36 years years old. He had a motorcycle accident back in 2006 and snapped his femur in two places, shattered his knee, broke his ankle, tibia and fibia. He tried to save the leg for about a year. Then made the decision to amputate. He is a left leg, BK amputee.

Victor does online and mobile banking technical support for a major financial institution.

After becoming a amputee, he found a passion in bodybuilding. He is now training to compete in his first show.

Gabrielle was born and raised in Las Vegas, NV. Coming from different backgrounds she was always inspired to travel and learn about different cultures. At the age of 18 she decided to study abroad in Costa Rica. During that time she was robbed and pushed into a train and that is when she became a below the knee amputee.
Being an amputee inspired her and after learning how to walk she took a journey to New York where she graduated with a Bachelor of Science. Becoming an amputee has completely transformed her life and the way she views life. It inspired her to create a YouTube channel dedicated to her community where she speak about the challenges faced and shares the lifestyle of living with a disability. It also inspired her to learn about ways to spark change for students who look like her. Today she works as a counselor and she is pursuing graduate school in order to advance schooling for students with disabilities. 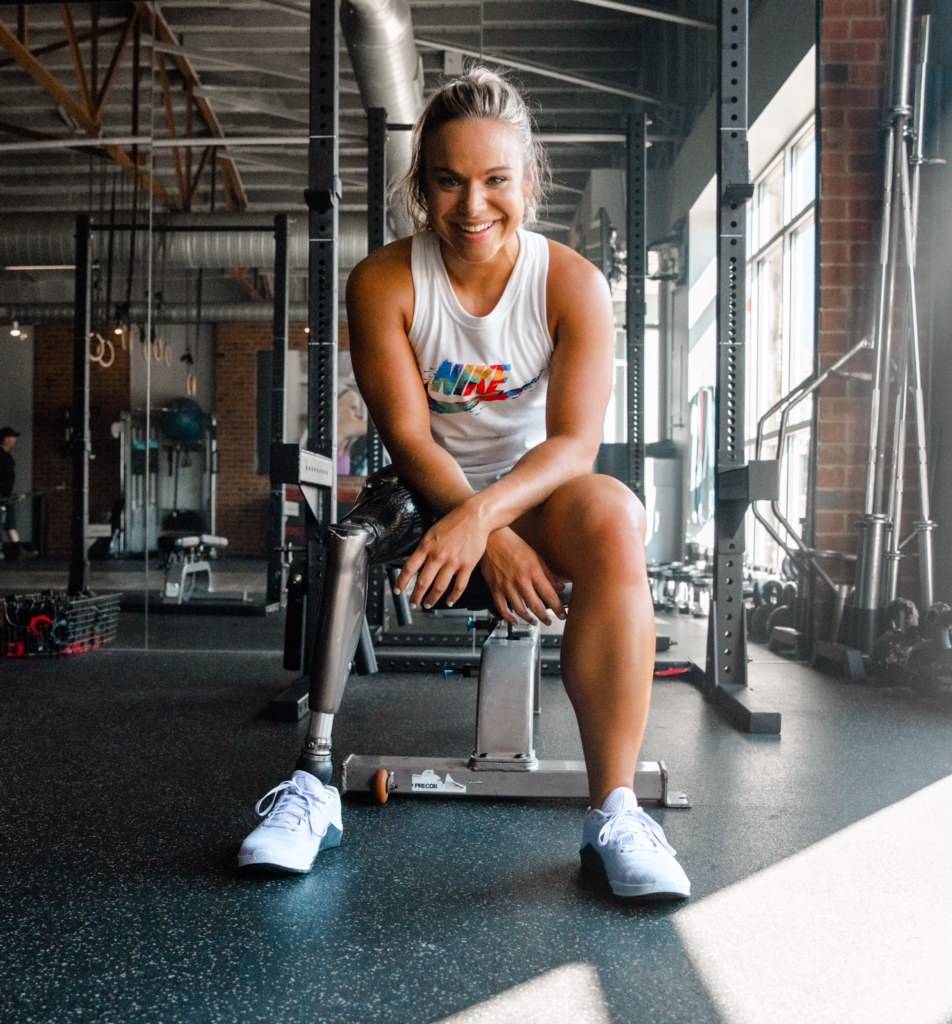 Amy Bream is a 28 year old living in Nashville, TN who loves music, coffee and fitness. She was born without her right leg, which led her to wear AKA prosthesis since it was time to learn how to walk. Originally from a small town in PA, Amy grew up the youngest of four children in a family that taught her to never let her prosthesis limit what she could do. She moved to Nashville 5 years ago with the intention of pursuing a music career, and somewhere along the way began sharing her story about growing up with a birth defect. She now works as Operation Director for Title Boxing Nashville, where she also trains, kickboxes, and continues her fitness journey.

We would love to hear from you!

© 2020 The Liner Wand. Powered by Shopify
Search
Account
Thanks for contacting us! We'll get back to you shortly. Thanks for subscribing